Skip to Main Content
It looks like you're using Internet Explorer 11 or older. This website works best with modern browsers such as the latest versions of Chrome, Firefox, Safari, and Edge. If you continue with this browser, you may see unexpected results.

Fake News is Bad! Here's How to Watch Out For It

Bias is a way of thinking or writing in a certain way about the world. It strays from a neutral telling of events, or a neutral opinion, in to one that is influenced one way or another.

This can distort ability to weigh evidence in an objective manner and reaching a fair and accurate judgment. People can be biased and so can news sources.

How to spot media bias: 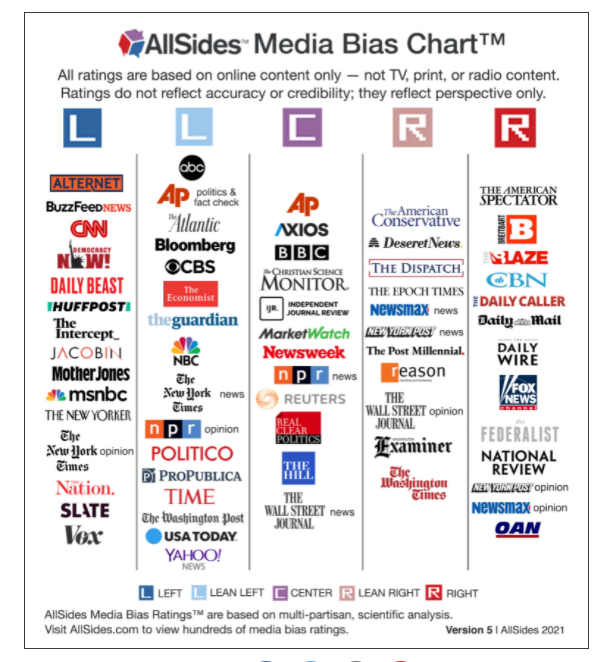 Welcome to GetNewsSmart!  This is the first page of the online prep course in News Literacy. 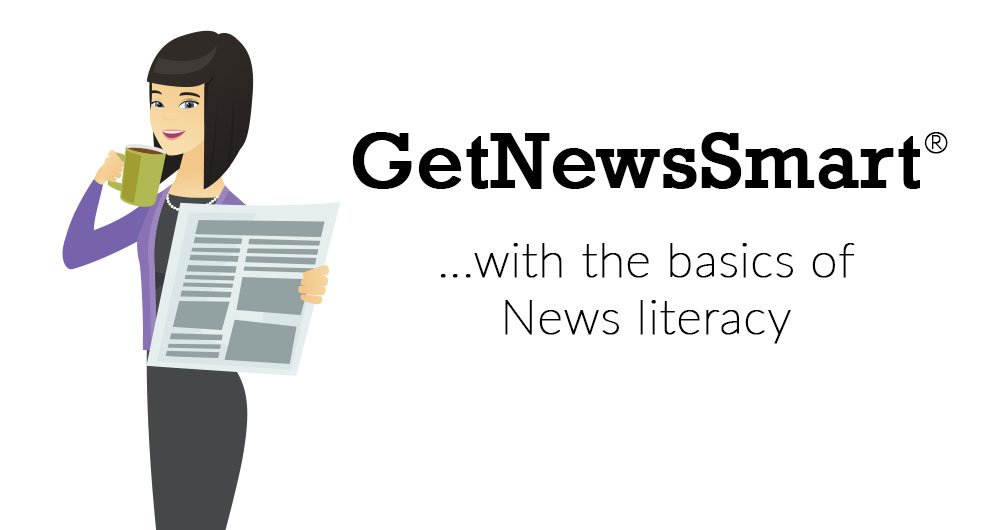 6 Questions to Ask Yourself When Reading Online News

1. Who created this message?

Was it created by an individual, a group, an organization, or a company?

2. Why was the message made?

3. Who paid (or is paying) for this message?

Money motivates a lot of media—who paid to have this message made? What else have they paid for? What other agendas might they have?

4. How is the message trying to get your attention?

What techniques are being used to grab people's attention?

5. What techniques are being used to keep people's attention?

Who's represented in the message? And who's missing?

6. Whose points of view and values are represented (or being appealed to)?

Whose points of view and values are missing?

Bias by Labeling: Bias by labeling comes in two forms.  The first is the tagging of conservative politicians and groups with extreme labels while leaving liberal politicians and groups unlabeled or with more mild labels, or vice versa.  The second kind of bias by labeling occurs when a reporter not only fails to identify a liberal as a liberal or a conservative as a conservative, but describes the person or group with positive labels, such as “an expert” or “independent consumer group.”

Bias by Placement:  is where on a website (or newspaper) or in an article a story or event is printed; a pattern of placing news stories so as to downplay information supportive of either conservative views or liberal views.

Bias by Selection of Sources:  including more sources that support one view over another.

Bias by Spin:  is a reporter’s subjective comments about objective facts; makes one side’s ideological perspective look better than another.

Confirmation Bias:  also called confirmatory bias or my side bias, is the tendency to search for, interpret, favor, and recall information in a way that confirms one’s beliefs or hypotheses, while giving disproportionately less consideration to alternative possibilities.

Connotation: the emotional and imaginative association surrounding a word that can be either positive or negative.

Denotation: the strict dictionary meaning of the word.

Loaded Language (Words): (also known as loaded terms or emotive language) is wording that attempts to influence an audience by using appeal to emotion or stereotypes. Such wording is also known as high-inference language or language persuasive techniques.

Purr Words:  words used to describe something that is favored or loved.

Snarl Words: words used when describing something that a person is against or hates.